~Wow, It was six months ago today that we landed in New Zealand! It sometimes seemed that we would never get here while we were on deputation, and it is now hard to believe we have already been here for six months. It has been some good and busy months since we arrived. Anyways, I wanted to share this story I wrote soon after we arrived here about the trip over here. I had fun writting it and thought I would share it with all of you. So enjoy it.
LAX to ALK
It was Tuesday March 24,2009 and the world awoke and went about their day with there normal activities, but there was something going on in Las Vegas, Nevada that was not just ordinary or normal for any old Tuesday. There was excitement in the air, but it was not something happening that had come all of a sudden. In fact, this day would not have come about if it had not been for what happened five years earlier. It was almost exactly five years before, in a little town in New York when an independent, Bible believing family surrendered to go to the mission field of New Zealand. Now after many years of deputation it was March 24, 2009. The day started at about 4:30am when the family awoke. Everyone was up and ready for the day quite quickly. Then there were suitcases and bags to finish packing and it all had to go into a small boxed trailer being pulled behind a van that the Catholic church was loaning the family at no charge. How was it that a Baptist missionary was borrowing a Catholic church's vehicle? Well, It was through a brother-in-law to the missionary that had a friend who was a member of the Catholic church. The brother-in-law asked the Catholic church if he could borrow it to transport a missionary. Little did they know that the missionary preaches against their unbiblical teaching. Getting back on topic, 8 am came very quickly and it was time to leave. Anything not done had to go by the wayside for time was up as they would not want to get to the airport late. Most of the day was spent in the van. But it was not boring for all the family’s friends called and there were so many people to say good-bye to on the phone. And for lunch they stopped at Little Caesar’s for there last meal of American Pizza for a while.
They finally arrived at the LAX (Los Angeles International Airport) at 4p.m. Everyone was out in a hurry there were 25 suit cases, 11carry-ons and a couple car seats to unload and get into the airport. After all was weighed, tagged, and x-rayed the family went for a walk to the domestic flight building, here all the less expensive food could be found. For the next few hours they just sat around talking and enjoying some Chinese food and then some milkshake. The little ones all enjoyed sitting by the windows watching the airplanes come and go.
Then at about 7pm they all headed back to the international flight terminal building. There they had to have all the carry-ons go through the check point. After check point there were a little time to relax, well at least sit down. For were still kids to watch and by now the little ones were getting very tied, but with all the excitement they were not calming down much!. And there was also a few more people to say goodbye to on there phone ( that's no complaint! that was such it blessing!). As 10pm rolled around time had to board the plane. Everyone were seated as quickly as possible and ready for take off. After the plane was in the air and not really climbing anymore the flight attendants brought around supper for everyone, but by now four of the family's little ones were all asleep for it had been a long day. Soon after supper everyone was asleep and the 13 hour plane flight seemed to pass quite quickly. A few hours before landing everyone started to wake up and soon breakfast was served. Next the plane started descending and soon there were clouds to see below the plane as the sun started to show its face. Next the plane was going through the clouds and the sun could be seen rising over the city of Auckland, New Zealand.
The plane was soon on the ground at ALK (Auckland International Airport). After getting off the plane the family had customs to go through. There were a few minor problems at customs and while the parents were settling those a few of the older children went to the baggage collection area to get the suitcases, which filled up 11 carts (with carry-ons too). After getting through customs and picking up all the baggage there was still New Zealand's security checks to go through. And what a sight they must have been going through the airport. There might have been 11 people but they could not all push a cart so some were seen pushing one cart and pulling another. After the father picked up the rental mini-van it took three trips to get everyone and everything to the hotel where they had to wait on the lawn for a while because it was only 10am and rooms were not yet available. But soon they were settled into the rooms. Not sure if it was day or night for they left Las Vegas on Tuesday Morning and it was now Thursday morning! What an ADVENTURE!!! Just take a wild guess, who was this family??? The adventure has not stopped! We never know what each day will hold, but Praise God for allowing us to work in his vineyard! 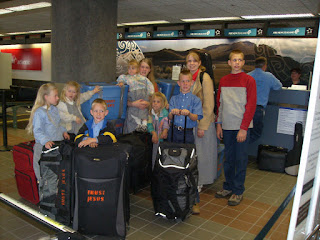 A picture of all of us kids in the LA airport with our luggage! 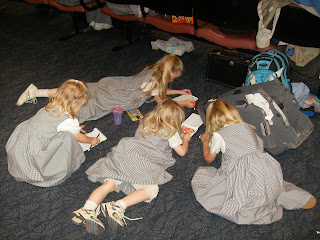 Four cute little girls coloring as they wait to board the plane. 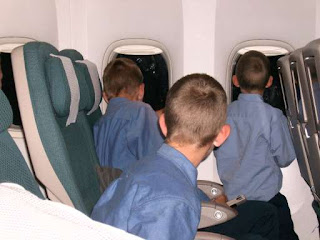 The three boys looking out the window as we draw closer to Auckland. 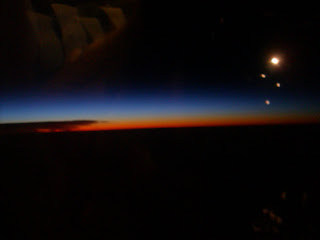 A picture of the sun rising as we get nearer to Auckland that Emm took. The lights you can see are on the plane wing. It was beautiful and the picture does not do justice, but it was the best one we were able to take. 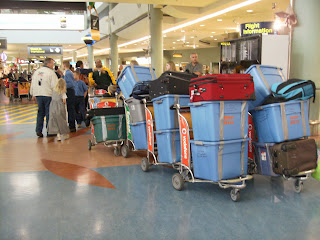 Our luggage in the Auckland airport. What a sight!!!
Posted by Ted Snyder at 6:18 PM 5 comments:

Fun at the Park 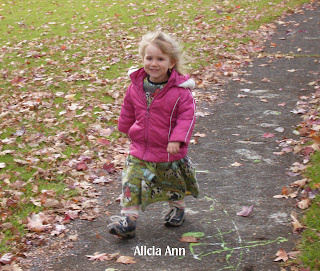 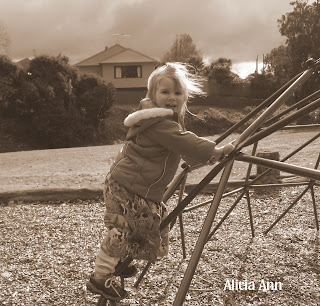 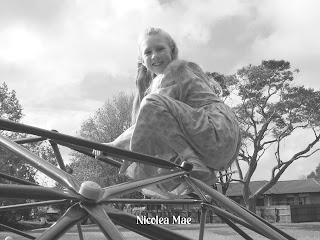 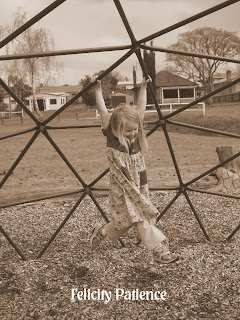 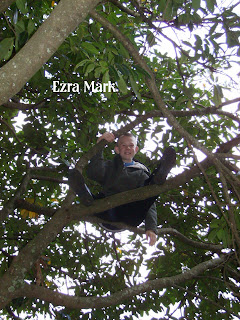 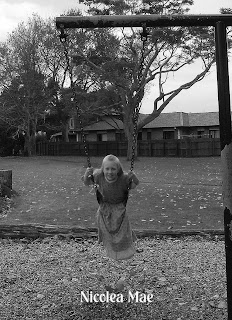 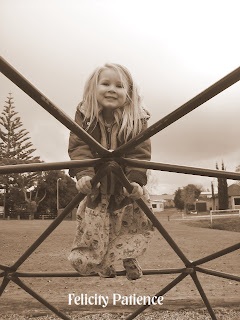 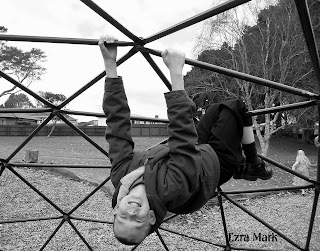